← more from
Fourth Strike Records
Get fresh music recommendations delivered to your inbox every Friday.
We've updated our Terms of Use. You can review the changes here. 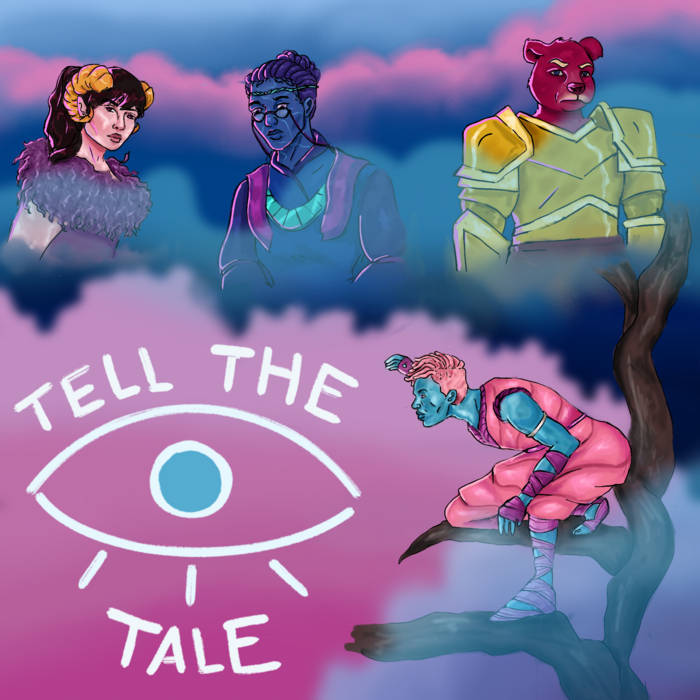 A fan song about Cumulous Rocks from A Crown Of Candy.

ID: Cumulous is perched on a tree, pink smoke billowing around him. In the smoke, figures of his past float, in Lazuli, Theo and an Original Character Monk, a pale woman with ram horns and dark hair. In the pink mist, “Tell the Tale” is written in all-caps as well as the symbol of a blue eye. End ID.

Deep in the drink, below the ships
There’s a wisp of something there
With a staff like the branch of an ancient tree
And cotton candy hair

Out at sea, far from the port
There’s a monk of the Spinning Star
Who rose from the dead with a glint in his eye
And left foes with a fatal scar

If you stood on those ships that night, you did not live to tell the tale.

If you had angered the man or the sprite, you did not live to tell the tale.

Flying through bushes, past haystacks and light
A bespectacled blue mage beside him
He moves like a shadow, a dusting of night
With a troupe of killers behind him

If you had scoffed at the soldier’s might, you did not live to tell the tale.


Among the chaos, above the war
Perched high on a staff of cloud
Remembering promises, oaths that he swore
His skill with magic endowed

The creation, the construct, outlined in mist
He leaps over swords and walls
An eye at his throat, a symbol, a risk
Someone to hear his calls